Chris Bosse is director of LAVA Asia Pacific based in Sydney, Australia, and Tobias Wallisser and Alexander Rieck are co-directors of the European division of LAVA, based in Berlin and Stuttgart, Germany.

Chris Bosse is Adjunct Professor at the University of Technology, Sydney. Educated in Germany and Switzerland, he worked with several high-profile European architects before moving to Sydney. Whilst Associate Architect at PTW Architects in Sydney he completed many projects in Asia and the Middle East. His work on the Watercube Olympic swimming centre in Beijing received the Atmosphere Award at the 9th Venice Architecture Biennale and the AIA Jorn Utzon Award for International Architecture; he won an Emerging Architect Award from RIBA in 2008 London, a 40 Under 40 Award in 2012 and Australian Design Honour at the Australian Design Centre in Sydney in 2015. WATCH VIDEO

Tobias Wallisser is Professor of Innovative Construction and Spatial Concepts and Vice-President at the State Academy of Fine Arts in Stuttgart. As Creative Director and Associate Architect at UN-Studio in Amsterdam for 10 years he was responsible for many projects including the Mercedes-Benz Museum, Germany. In 1997 he received a post-graduate degree from Columbia University (NY). He worked for Asymptote Architecture on the Virtual New York Stock Exchange in 1997 and for German firm KTP on an award-winning low-energy office project in Germany. He lectures at universities throughout Europe and has won many awards. Wallisser spoke at TEDxBerlin in 2010 on “Future Cities: towards a synergy of nature and technology.” WATCH TED-EX TALK

Alexander Rieck works as a senior researcher at the renowned Fraunhofer Institute in Stuttgart. He studied architecture in Stuttgart and Phoenix and holds a PhD with a dissertation on creativity stimulating environments. He started his research career in the virtual reality environment. Having led many Office 21 research projects, he is a renowned expert on innovations in the fields of office, hotel, living and future construction, and an author of many publications about working environments and building processes of the future. 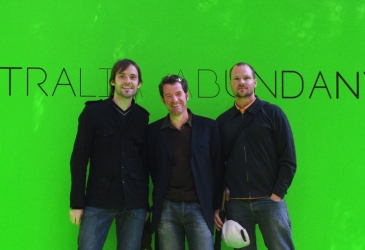 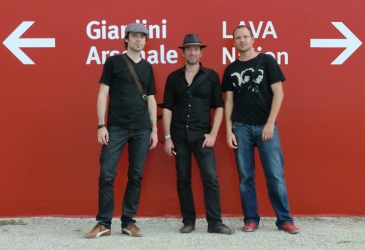